Skip to main content
You have permission to edit this article.
Edit
Home
News
Sports
Obituaries
Announcements
Classifieds
Things To Do
Business Directory
Special Sections
Find Us Online
1 of 2 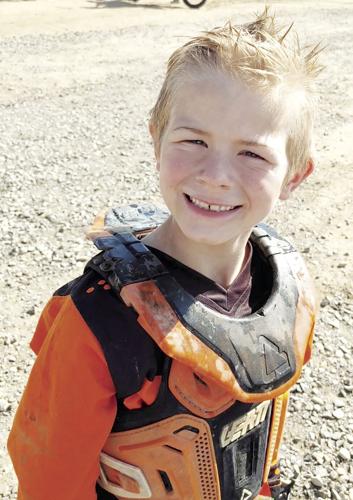 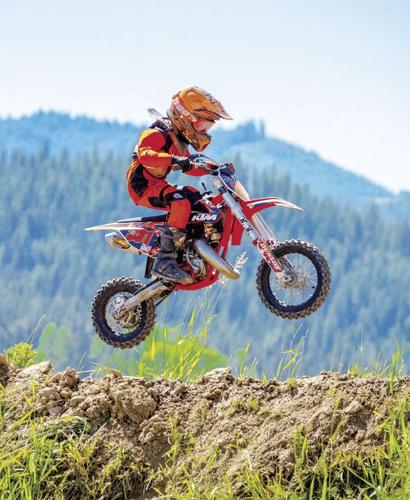 William Peterson catches some air with his KTM.

William Peterson catches some air with his KTM.

William Peterson, or better known as Wild Bill, age 7, is a very lucky boy from Orofino! He has been selected to ride in the KTM JR Supercross in San Diego, CA on a 2023 KTM SX-E-5 dirt bike (an electric 50cc). Hundreds of kids across the United States apply for this once-in-a-lifetime opportunity, and a lucky few get selected. He is one of 10 riders set to race Saturday, Jan. 21, in Snapdragon Stadium during round three of the Monster Energy AMA Supercross.

Wild Bill is the son of McKenzie and Oliver Peterson and the grandson of Darin and Theresa Adams, all of Orofino. He earned his nick name on the track. To say his family is excited for Bill is an understatement; this is something Wild Bill and his family will never forget. His family, including aunts, uncles, cousins, and grandparents, are all traveling to San Diego to support and cheer him on. His brother, Warren, also an avid dirt bike racer, will also get to enter the pits and have a chance to meet his idols.

Although it is a lottery, a racer has to put in the work to have their application be approved. They must be 7 or 8 years old at the time of their event, must submit above average grades, an “About Me” video, a gate drop video, and an obstacle video, among other requirements. Once approved, it is put into a drawing, and hopefully luck is on the racer’s side. Being selected gives the young racer an opportunity to experience what it’s like to be a real pro motocross racer for a day. Wild Bill will have a professional pit crew, his own mechanic, gear set up, sign autographs, and pit near the pro racers.

This opportunity has also given Wild Bill a chance to pay it forward, and he has been included in the fundraising efforts for the Ryan Dungey Foundation. Funds raised through this foundation will benefit All Kids Bike and St. Jude’s Children’s Research Hospital. Bill has already reached his first benchmark, but is still looking to raise more, “so I can help even more kids!”

If you would like to make a donation on Wild Bill’s fundraising page, please go to https://give.ryandungeyfoundation.org/fundraiser/4345689

Welcome to the discussion.

Keep it Clean. Please avoid obscene, vulgar, lewd, racist or sexually-oriented language.
PLEASE TURN OFF YOUR CAPS LOCK.
Don't Threaten. Threats of harming another person will not be tolerated.
Be Truthful. Don't knowingly lie about anyone or anything.
Be Nice. No racism, sexism or any sort of -ism that is degrading to another person.
Be Proactive. Use the 'Report' link on each comment to let us know of abusive posts.
Share with Us. We'd love to hear eyewitness accounts, the history behind an article.

Sorry, there are no recent results for popular videos.

Sign up now to receive each week's Clearwater Tribune top story headlines right to your inbox!